The Bank of England (BoE) decided to increase the base interest rate from 2.25% to 3% last month in a bid to curb inflation.

The 0.75 percentage point rise is the largest hike since 1989 and the eighth consecutive increase since December 2021.

Updated projections from the Bank’s Monetary Policy Committee (MPC) indicated that the UK would face a “very challenging” two-year recession, with unemployment potentially doubling by 2025.

With inflation climbing at its fastest rate in 40 years, the BoE hopes that raising interest rates will reduce inflation by increasing the cost of personal and business borrowing to lower demand.

While this decision will benefit savers, higher interest will place more burden on people with mortgages, credit card debt and bank loans.

Chancellor of the Exchequer Jeremy Hunt acknowledged how families and businesses would be affected by the higher rates but pledged to “restore stability” to the UK economy and deliver long-term growth.

“The Committee continues to judge that if the outlook suggests more persistent inflationary pressures, it will respond forcefully, as necessary.

“The MPC will take the actions necessary to return inflation to the 2% target sustainably in the medium term, in line with its remit.”

Talk to us about your business costs.

HMRC is reminding taxpayers to declare their self-employed income support scheme (SEISS) payments in their self-assessment return for the 2021/22 tax year.

The Government paid SEISS grants to eligible businesses adversely affected by the Covid-19 pandemic, with over 2.9 million people claiming at least one SEISS payment in the 2021/22 tax year.

The grants are subject to both income tax and National Insurance contributions (NICs) and must be declared before the approaching self-assessment return deadline on 31 January 2023.

Self-assessment taxpayers are warned not to include their SEISS grant in the ‘any other business income’ section of their return as there is a separate section dedicated to it.

Self-employed people and businesses that received other support payments through Covid-19 support schemes, including furlough and the ‘eat out to help out scheme’ should check to see if they need to be declared as well.

“We want to help customers get their tax returns right the first time. We have videos and guidance available online to support you with your self-assessment.”

HMRC also reminded businesses that if they cannot afford their tax bill, they should get in contact as soon as possible so arrangements can be made.

Talk to us about your tax return.

The Government’s reversal of the National Insurance contribution (NICs) increase is now in effect as of 6 November.

The majority of working people will begin receiving the 1.25% tax cut in their payslips from November onwards.

The rise in NICs was introduced in April as part of the health and social care levy but was reversed by previous Chancellor Kwasi Kwarteng in the September mini-budget.

The Government had originally planned to use the £12.4 billion it predicted to raise through the levy to reform the social care system and reduce the backlog in the health service.

However, despite the tax cut, the Government has indicated the same levels of funding for the health and social care services will be maintained.

The reversal follows a rise in NI thresholds in July, which, in tandem with the cut to National Insurance rates, will save around 30 million people an average of £500 in 2023, according to HMRC. However, some people may not benefit immediately from the reduction if their employers cannot update payroll processes in time.

These employees are expected to receive the tax cut by February 2023 and should benefit retrospectively once updates are applied.

Speaking on the policy’s effects on business, HMRC said:

“Businesses who currently have NICs liabilities will pay less, allowing them greater scope to invest in their businesses and supporting the overall growth of the economy.”

Talk to us about your payroll.

Chancellor Jeremy Hunt announced several measures in this year’s Autumn Statement in an attempt to plug the £55 billion ‘black hole’ in public finances.

The statement, delivered to the House of Commons on 17 November, included several tax threshold freezes and cuts in annual allowances.

One of the most important changes was the announcement that the additional-rate tax threshold would be lowered to £125,140, meaning a further 250,000 taxpayers will start being taxed 45% of their annual income.

The personal allowance of £12,570 will continue to be frozen at its 2021/22 level but for two extra years until 2028. According to chartered accountant Richard Murphy, this will increase the burden by up to £400 in income tax.

The Chancellor also delivered a number of support measures for smaller businesses in the UK.

Small businesses will also benefit from a new ‘supporting small business scheme’, which will cap business rate bills at £600 per year for smaller businesses.

“This Autumn Statement supports [retailers] by reducing upwards pressure on prices in the short term and helping retailers protect jobs, keep shops open, and protect the vibrancy of local communities.”

Not everyone is pleased with the changes. Paul Johnson, director of the Institute for Financial Studies, said:

“Jeremy Hunt’s first fiscal event as Chancellor was a sombre affair. Surging global energy prices have made the UK a poorer country. The result is an OBR forecast that the next two years will see the biggest fall in household incomes in generations.”

Talk to us about your taxes. 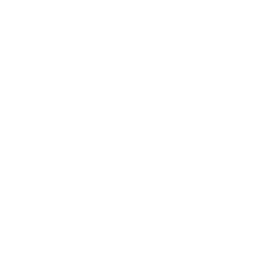 ©2023 by HJP. All rights reserved. HJP is a trading name of All About Business Limited, registered in England number 4870742 | Website by NovoInDesign